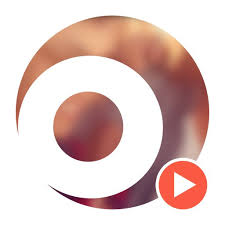 It doesn’t take much to see a wild chain of events has been unfolding for Keek Inc. in recent months.(TSX:KEK) (OTC:KEEKF)

When you ask investors, the latest breakthrough is an updated UI or “User Interface”.   The initial launch of the new UI took place on January 20th 2017 and much to the delight of investors.  Company and shareholders alike watched the Peeks Social app climb parabolically in the rankings.  In just 45 days Peeks Social went from being ranked #400 to #66 overall. Active Usage metrics pointed to an even greater climb during the same time period climbing from #28,000 to #3,500.

On January 15th people could no longer find Peeks social on the App Store of Apple Inc, NASDAQ: AAPL and speculation began to swirl as to the cause but today, just 10 days after the app went missing, the iOS version of Peeks social may be back with the same colorful and feature packed ability Android now enjoys.

We confirmed with Apple Inc just this evening that they received the update yesterday and the normal 3-5 day approval period has been put into effect with day one as Tuesday January 24th, which means Peeks social may be seen again in its new state as soon as tomorrow January 26th, or in the alternative Monday January 30th.

Take a moment to review the Call. (edited for time) Here:  https://youtu.be/Rcrge1nPXS0

TORONTO, ON — (Marketwired) — 01/17/17 —  Keek Inc. (TSX VENTURE: KEK)(OTCQB: KEEKF) today provided updates on the Peeks livestreaming service. As originally announced in a press release dated November 14, 2016, a new user interface (“UI”) has been in development over the past two months. The new UI has been designed in order to better categorize content in the service as well as to facilitate the broadcasting of recently acquired licensed content. The need for content categorization has become increasingly important over recent weeks as the user activity levels on the apps have amplified significantly. The increased activity levels have resulted in a wide variety of content, including content of a mature nature, being blended into the main content feed, where content is currently filtered and displayed to users based on age but not yet by category or type.

In response, Apple has advised the Company that the Peeks iOS app will be temporarily unavailable in the iOS App Store pending the submission and approval of a new iOS version which complies with their App Review Guidelines, specifically including: 1) Improvements to control the display of user generated content of a mature nature; and 2) The addition of in-app purchase capabilities. The new UI specifically addresses content categorization and is being submitted to Apple this week, with the inclusion of in-app purchase capabilities. The submission and availability of the upgraded Peeks iOS app is subject to Apple’s approval, and if required, continuous improvements will be made until such approval is received.

Upon release, the new UI will also allow the Company to move forward with other initiatives, such as the onboarding of certain influencers. Management is very pleased with the continuous growth of the platform and is of the opinion that the Peeks product is and will continue to be a global eCommerce enabled livestreaming platform for all audiences, where like-minded broadcasters and consumers can connect and interact in real-time in a safe, engaging, and entertaining platform.

Disclosure:  I am/we are not being compensated by the company for this informational release.  I am/we are shareholders of Keek Inc and reserve the right to add or sell at anytime.